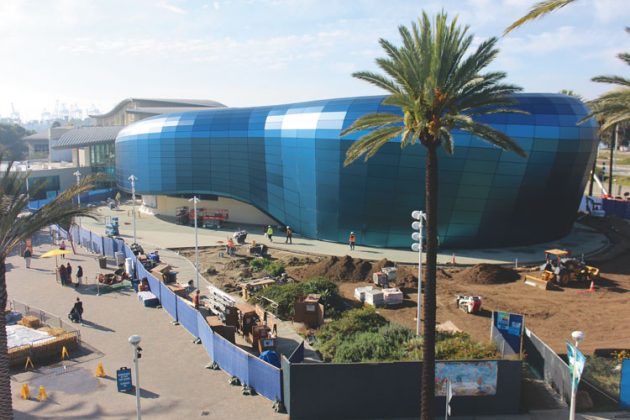 Expansion To Enhance Aquarium’s Reputation On A ‘National Scale’

The Aquarium of the Pacific’s (AOP) new 29,000-square-foot Pacific Visions wing is its first major expansion project since opening in 1998. “When it opens, the new wing will be distinguished among aquariums as a bold and unique venue for connecting the public with science and environmental issues, and for exploring our relationship with our planet,” Jerry Schubel, AOP president and CEO, said. “It will also increase the Aquarium’s visitor capacity, and enhance our reputation on a regional and national scale.” The project includes the two-story, 300-seat immersive Honda Pacific Visions Theater. The theater features a 130-foot-long, 32-foot-tall, 180-degree-arced digital projection wall and a 30-foot diameter floor projection disc. Other elements of the expansion include special exhibition and art gallery space, and live animal exhibits.