Home » Economic Development » News » Everyone In 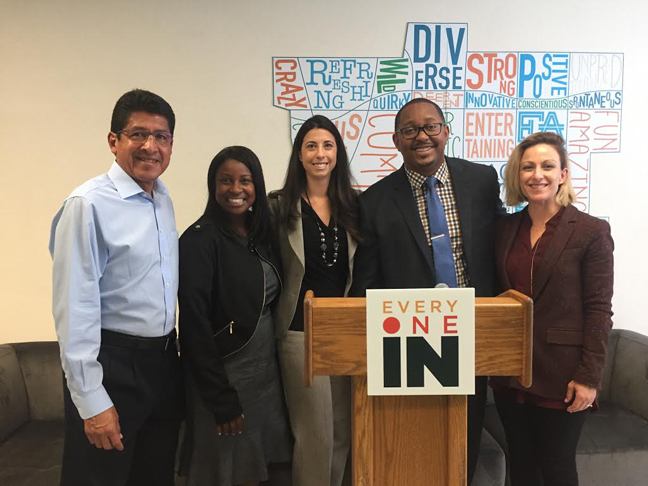 This spring the city council adopted the Blueprint for Economic Development, a guide meant to prioritize the creation of businesses, well-paying jobs and economic inclusion for all Long Beach residents for the next ten years. At this Tuesday’s city council meeting, Vice Mayor Rex Richardson plans to set in motion one of the plan’s focus areas when he introduces a package of proposals to his peers addressing economic inclusion.

Richardson revealed those plans Wednesday afternoon at the Uptown Business Improvement District Office filled with over a dozen community stakeholders in North Long Beach when he officially launched the “Everyone In” Economic Inclusion Initiative.

“To me, economic inclusion means creating an environment where everybody has a seat at the table and has an opportunity to thrive,” Richardson said. “And that means small business owners, aspiring entrepreneurs, homeowners from all parts of town have access to resources that they need to grow wealth, grow their business and ultimately thrive.”