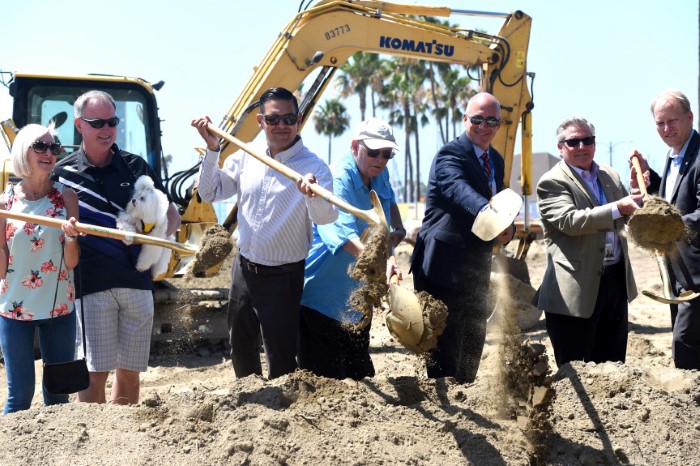 The first pile of sand has been shoveled in the making of a new and improved Long Beach shoreline.
ry, 4,240 square-foot building. The top story will be a rooftop deck, and there will also be a wraparound deck on the ground level.

Officials broke ground Thursday, Aug. 1, on an Alamitos Beach cafe and concession stand, a precursor to two similar projects that will also come to the Junipero and Granada beaches

The Alamitos Beach plan consists of demolishing the existing 2,200 square-foot concession and restroom building and constructing a two-sto

The project will also include a playground, new public restrooms and a recreational rental building. It will cost about $9 million and be paid for through the city’s Tidelands fund, the money in which does not come from taxes.

The concession stand will open next summer.