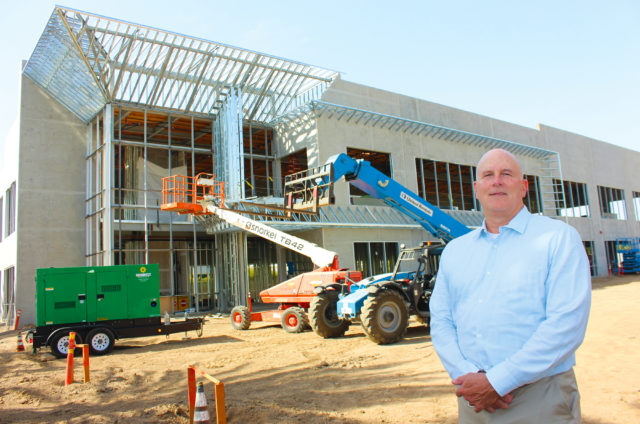 Building A Better Long Beach: The Final Piece Of The Douglas Park Puzzle

For nearly a decade, development has been ongoing at Douglas Park, a 261-acre commercial park consisting of light industrial buildings, offices, hotels and retail. The bulk of development was completed by Sares-Regis Group, which sold off some small parcels to other developers. Signal Hill-based 2H Construction completed a 36,000-square-foot building at 3849 McGowen St. in late 2017 and, on December 1, will complete construction on its second Douglas Park project at 3815 Bayer Ave.