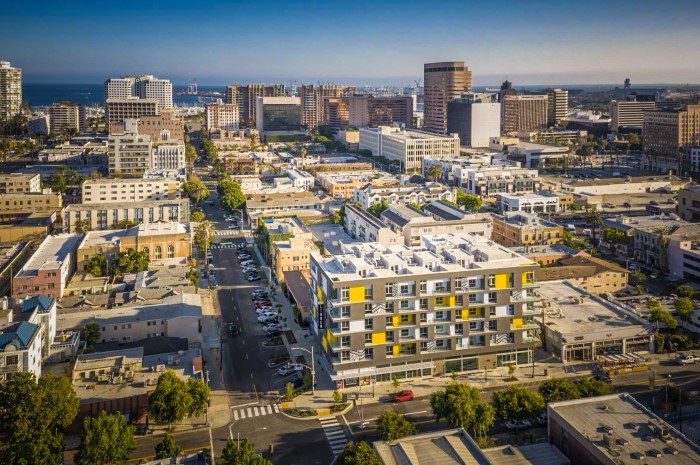 More housing and commercial space has arrived in Downtown Long Beach as the once-empty lot at the southwest corner of Fourth Street and Linden Avenue has become The Linden, a 49-unit, six-story mixed-use residential complex.

Renderings for Studio One Eleven’s design were released in 2017 while construction, started in August of last year, has completed. Sares-Regis, the developer leading the specifics, has built the project—much to the happiness of urbanists all around—within walking distance of metro, groceries and shopping.

In a discussion surrounding The Streets development just west of this proposed project, Michael Bohn, Principal at Studio One Eleven, noted that they’ve been approaching design through “integrating back” into the community so that “sidewalks [and] streetlights and trees [are the same] as the adjacent neighborhoods.”