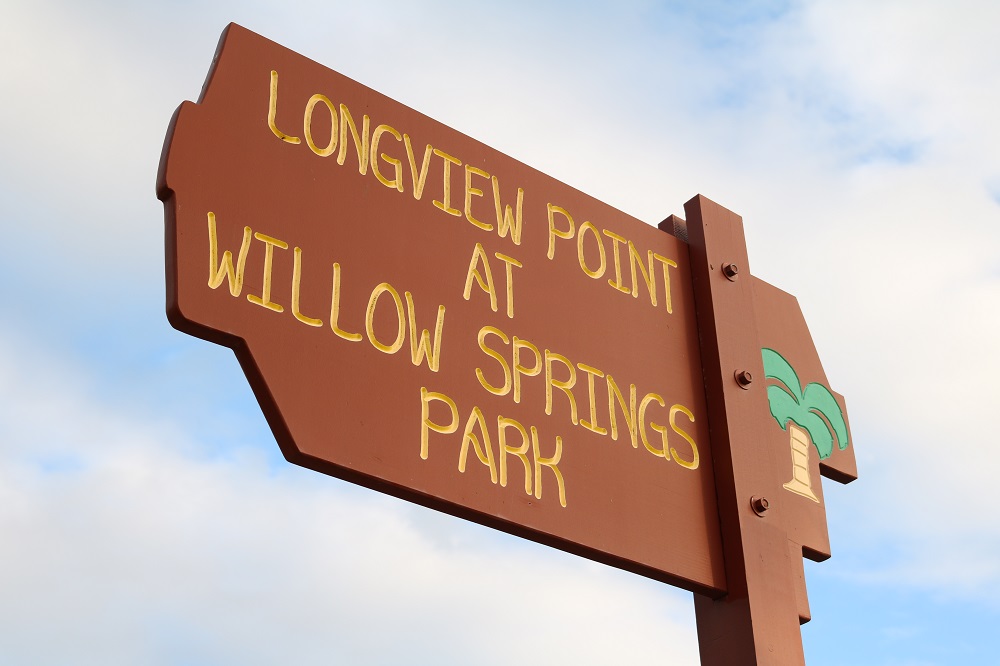 
A local Seventh District park will not have to wait until the new year to receive a fresh start!

Located atop the highest hill of Willow Springs Park, Longview Point recently received a significant face lift as a walking labyrinth, two vista seating areas, and a resurfacing of the watershed map were completed. These new amenities used mostly material reclaimed from the property, reusing dumped cement and other stone pieces. Additionally, approximately 250 new native, drought tolerant plants were added, and drip irrigation was augmented to support the establishment of these plants, and several invasive trees were removed.

Just downhill, adjacent to Farm Lot 59, stands the historic Southern Pacific Railroad Depot which also benefiting from grant funding. Since it's cross-city relocation earlier this year, plans were in place to build a foundation, tie the building to the foundation and the roof structure to the building, install a roof membrane, and make the building water tight by December 2015, with the thought that this would protect it from an anticipated rainy season. The majority of the work, plus a sidewalk surrounding the building, is complete.

These upgrades were possible thanks to additional grant funds from previous work at Longview Point, which were authorized by the grant agency to be spend on additional upgrades to this area of the park. Thanks to the Department of Parks, Recreation & Marine in collaboration with Larry Rich and the Office of Sustainability for these beautiful enhancements!