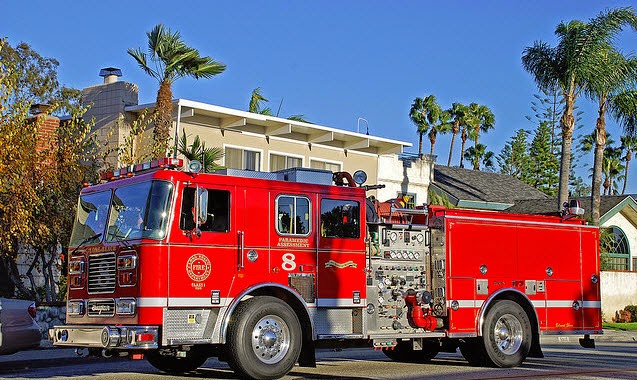 Saddened to hear of this tragic residential fire in the Wrigley Neighborhood. My sincerest condolences for the family, friends, and neighbors of Joan Pizzato.
Residential Fire in Long Beach Leaves 1 Woman Dead
At approximately 9:19 PM, Long Beach Fire units responded to reports of a structure fire on the 2300 block of Daisy Avenue. At 9:23 PM, Engine 13 arrived on scene and reported smoke and fire showing from the front of a single story, single family residence. Fire units initiated an aggressive fire attack and confined the majority of the fire to the front living room. Knockdown of the fire occurred at 9:27 PM.
As firefighters completed their secondary search, one elderly female was found in the living room. The female victim was deceased. In addition, two dogs were also found. Firefighters attempted to provide supplemental oxygen to one of the dogs but their efforts were unsuccessful. The other dog appeared uninjured and was subsequently released to Long Beach Animal Control officers.
At the height of the fire, there were a total of 29 firefighters assigned to the incident. The cause of the fire remains under investigation.