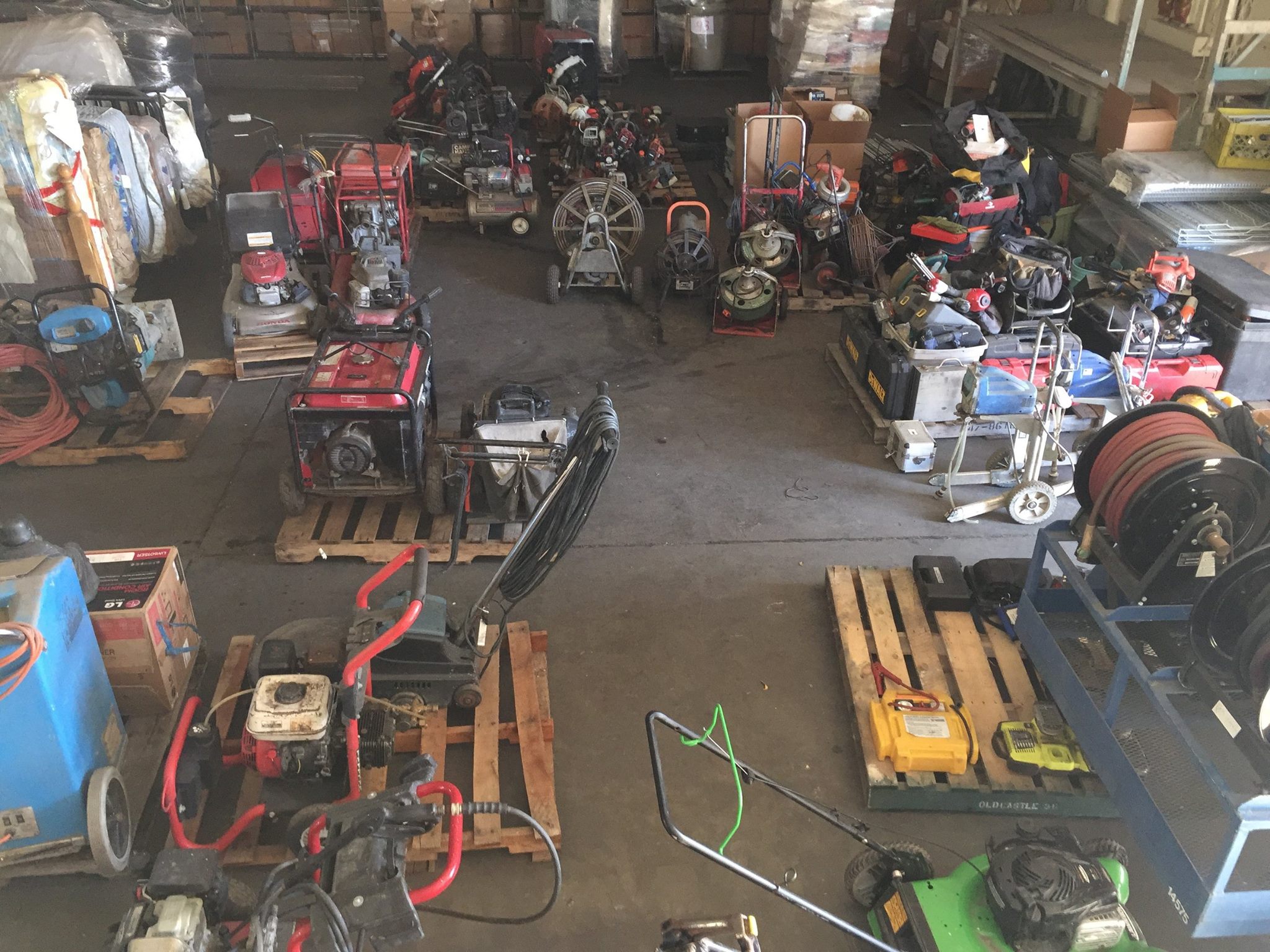 
Have you been the victim of property theft?

The Long Beach Police Department’s Burglary Detail is asking for the public’s help in identifying property recovered after a rash of thefts throughout Long Beach and neighboring cities over the past year.

A detailed citywide investigation spanning several months culminated in the recovery of a large quantity of stolen property consisting of gardening equipment, plumbing equipment, construction tools, and high-end bicycles. Many of these items are believed to have been stolen from work trucks or in conjunction with the theft of the actual work truck.

On February 3, 2016, an attentive citizen witnessed a theft of a leaf blower from a gardener’s vehicle in the 3500 block of Pine Avenue. The witness gave officers a license plate number of the suspect vehicle and officers were able to use the information to locate the vehicle at the registered owner’s residence. The officers recovered the victim’s leaf blower and found other property they believed to be stolen.

Detectives were notified and executed a search warrant at the location, resulting in the recovery of a large number of items believed to be loss from thefts reported during the year. To date, several victims have been identified based on the recovered items, however, the lawful owners of many more items have not yet been identified.

The suspect arrested for theft of the leaf blower has been identified as Agustin Garfias Jr., 19 year old, resident of Long Beach. He was booked at the Long Beach Jail for Receiving Known Stolen Property and Petty Theft. He was later released the same day after posting bail.

Detectives are still looking for the respective owners to most of the property. Proof of legal ownership will need to be substantiated prior to return of items. If you have been the victim of a burglary or theft of items similar to the ones described above, you are urged to call the Burglary Detectives Tomb Neal or Daniel Molinar at (562) 570-7351.