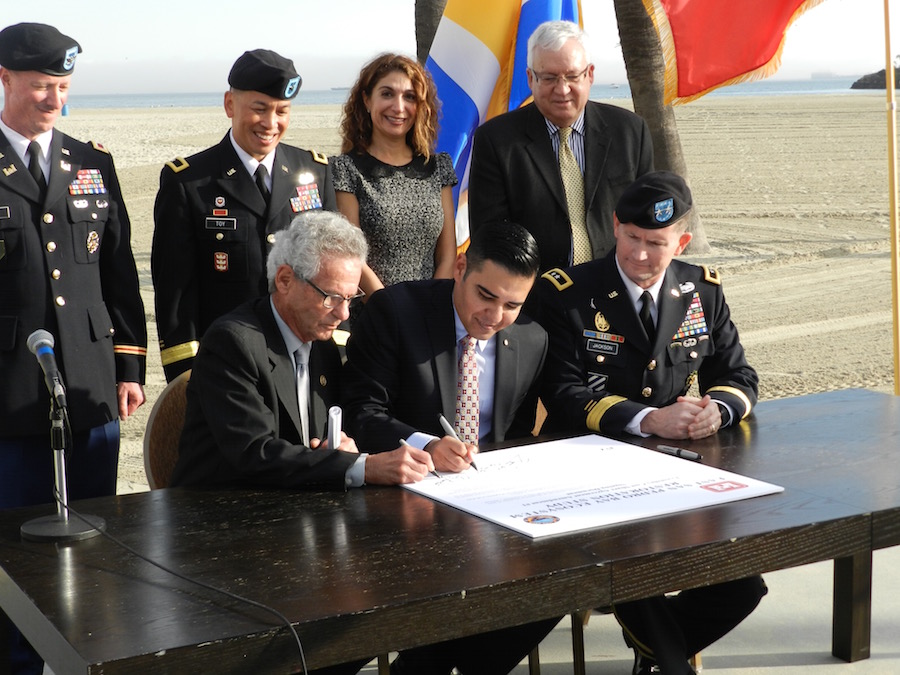 "With the calm waters off the coast of Alamitos Beach serving as the backdrop, Mayor Robert Garcia and other elected officials convened on the sands of Long Beach to sign a historic agreement with the Army Corps of Engineers that will launch a study to look at the feasibility of potential alterations to the city’s breakwater.
"The San Pedro Bay Ecosystem Restoration Study was inked into action this afternoon, kickstarting a three-year study by the Army Corp that will assess how much, if any, of the breakwater off the coast of the city can be altered or removed entirely in an effort to increase water circulation in the bay.
"Seventh District Councilman Roberto Uranga who serves on the Coastal Commission said that there are a variety of issues the commission will be monitoring as this project progresses, namely the rising sea levels.
“'One of the biggest concerns we have as a coastal commission is sea level rise,' Uranga said. 'The effect that sea level rise is already having up and down the coast when it comes to any kind of developments and trying to protect them and make sure they’re not under water in 50 or 100 years from now.'"
Read the full article from the Long Beach Post.