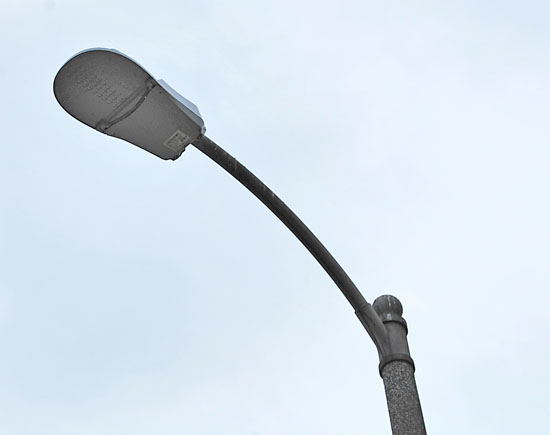 Project Background
The City of Long Beach Public Works Department continues to make progress on the conversion of the City's more than 25,000 streetlights from high-pressure sodium (HPS) fixtures to light emitting diode (LED) fixtures.
The conversion of the City's cobra-head fixtures is divided into two phases. The first phase, funded by a Greenhouse Gas (GHG) Emission Reduction Grant from the Port of Long Beach, converts approximately 1,750 streetlights that illuminate the City's traffic intersections (also known as traffic safety lights). The second phase includes the remainder of cobra-head streetlights Citywide, totaling approximately 23,320.
Status of Installation
Phase 1: Streetlights at Intersections
City Light & Power, the City's contractor that maintains and operates our streetlights, has completed a quarter of the installations for the streetlights that illuminate the intersections. Currently, Phase 1 is slated to be completed by the end of April, in anticipation of the predicted heavy rain and high winds brought by the El Niño phenomenon.

Work is scheduled to begin on March 1, 2016, and is expected to take 14 months to complete. Public Works will provide regular updates at appropriate milestones.

Benefits of LED Fixtures
The City's new LED fixtures will conserve energy, reduce light pollution, have longer lifespans, and employ smart control technology.
LED streetlight fixtures reduce the City's energy consumption by approximately 40 to 50 percent. The City is expected to conserve 9.6 million kilowatts of energy as a result of the LED conversion over the lifespan of the LED fixtures. This equates to eliminating the carbon emissions of over 21,000 vehicles in the City.

Additionally, because LED fixtures have longer lifespans, the City is expected to reduce its maintenance costs. Staff from the Department of Public Works and Financial Management have negotiated a $10 decrease per fixture per year, totaling approximately $233,200 annually. This reduction in maintenance costs partly finances the capital investment in LED fixtures.

Smart Control Technology
Public Works will install "smart" pin receptors on LED fixtures in expectation of future opportunities for smart lighting controls. These smart lighting controls provide an opportunity to dim, brighten, flash, and other modifications to the lighting system remotely.
In tandem with the smart pin installation, staff is exploring and evaluating opportunities for smart control technologies - both hardware and software and software - in a fiscally responsible manner. This effort may include demonstration projects to evaluate functionality.