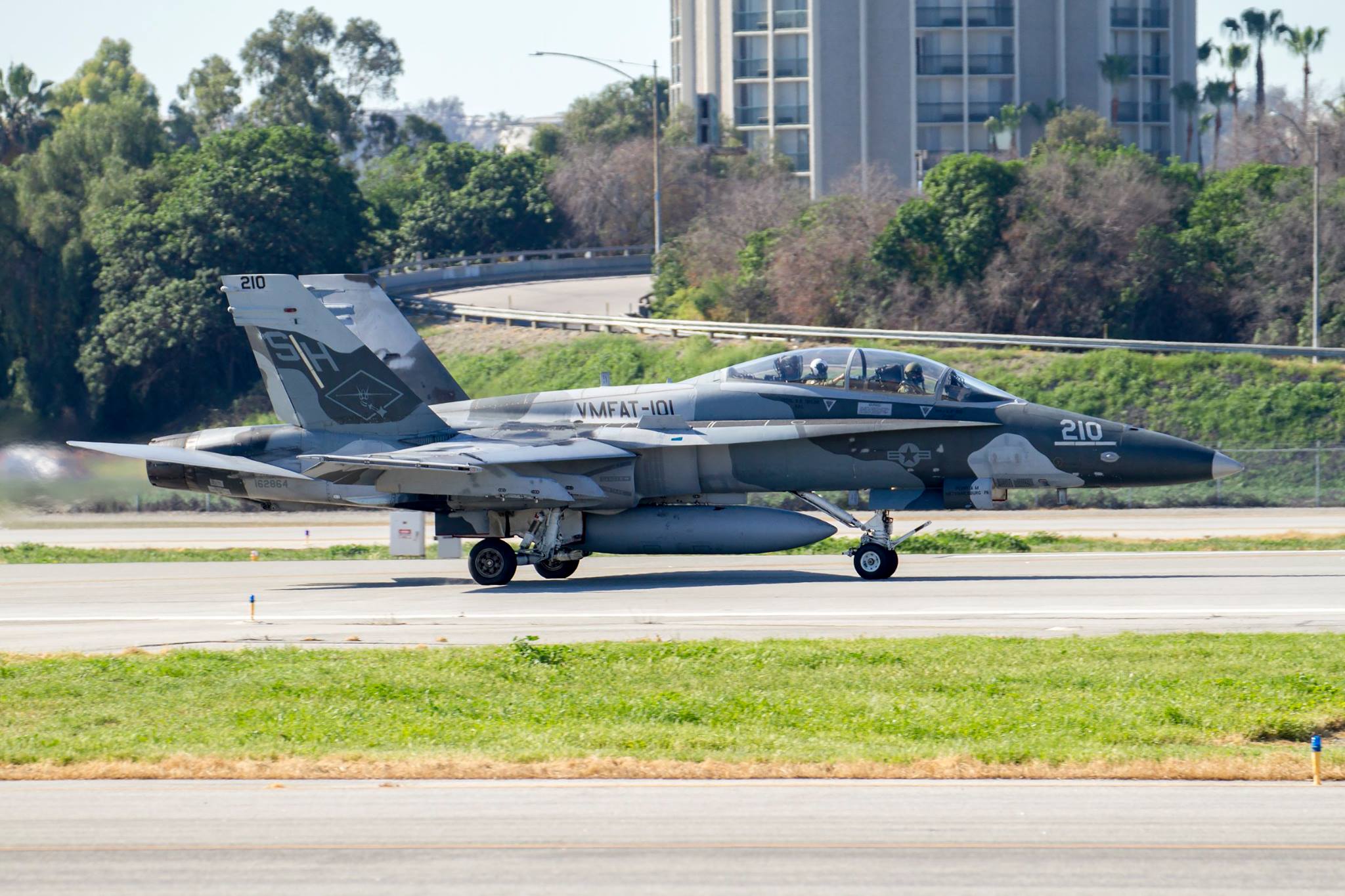 On Saturday, March 5th, four F/A-18 aircraft will be arriving at the Long Beach Airport (LGB). The aircraft are scheduled to arrive in the early evening around 5:00 PM and depart on Sunday, March 6th around midday. All times are tentative and subject to change.The U.S. Marine Corps has consistently demonstrates a desire to assist LGB in being a good neighbor and will follow standard noise abatement arrival and departure procedures, including modified arrival and departure flight profiles and minimum use of afterburners.F/A-18 aircraft are noticeably louder than other aircraft and are easily heard in neighborhoods near the Long Beach Airport.