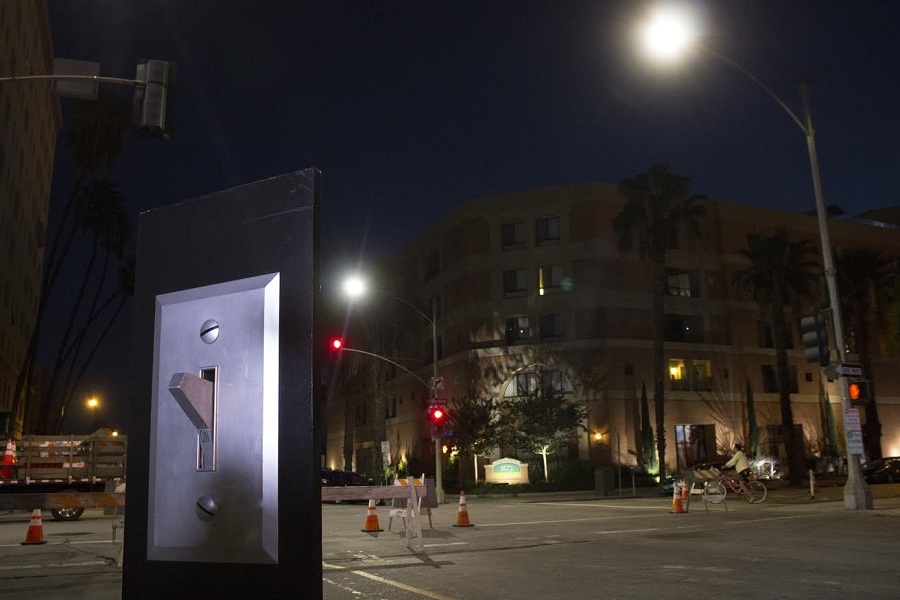 “The reduced energy use, lower costs and pollution cuts that will be realized by this retrofit are nothing but good news for residents of the City,” said Mayor Robert Garcia. “These LED streetlights showcase our commitment to environmental and fiscal responsibility, and will also provide better illumination, improving safety for drivers, bicyclists and pedestrians.”

The first phase of the project will replace 1,750 intersection lights in Long Beach and is funded by a $659,000 Port of Long Beach Community Mitigation Grant. Work will take about two months to complete.

“Our mitigation grants are an important part of showing our commitment to being the Green Port,” said Board of Harbor Commissioners President Lori Ann Guzmán. “Cutting greenhouse gases is a key goal of the program, so we’re happy to participate in this project while also improving public safety for residents, pedestrians and motorists.”

The second phase would begin in early 2016 and continue for the remainder of the year. Phase Two would replace more than 24,000 high-pressure sodium lights currently illuminating City streets for LED streetlights, at a cost of approximately $6.1 million. Southern California Edison has offered $3.2 million in utility rebates to the City for the retrofit. Through various savings, it is estimated the City will recover the project’s costs in three years.

The LED streetlights also have the ability to be integrated into a smart network in the future which will enable brightness controls with the touch of a button for public safety responders.

The LED retrofit project is administered by the Energy Network, a program sponsored by Los Angeles County and authorized by the California Public Utilities Commission in 2012 to achieve energy savings in Southern California.

According to the Energy Network, the retrofit will save about 9.6 million kilowatts hours of electricity each year, reducing Long Beach’s overall energy consumption by almost 10 percent. Reduced carbon emissions associated with the savings are the equivalent to taking over 21,000 cars off the road over the LED’s lifespan.

LED lights used for the streetlights have a projected lifespan of 100,000 hours, or 24 years of life when in operation 12 hours per day, meaning projected lifetime savings for the retrofit are estimated to be $15.1 million.

The City also partnered with City Light and Power for this project.