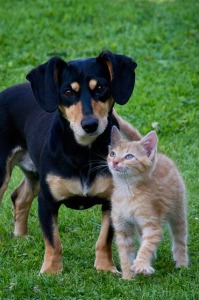 
Thank you to so many of you who called, emailed and met with my office in order to share your views about the Spay / Neuter Ordinance. A lot of confusion arose due to misinformation that was circulated about this policy; thus, it is imperative to take the time to clarify the spay and neuter program that was recently approved on March 17.

The ordinance requires unlicensed dog owners to spay or neuter their pets, unless they possess a medical exclusion or exemption (e.g., pure bred show dogs, dogs with health issues, and working dogs). It also prohibits the sale of dogs, cats or rabbits in any pet shop, retail business, or other commercial establishment, unless they were obtained from an animal shelter, humane society, rescue organization, or bred on the premises possessing a valid breeding permit.

Pet owners who have a valid license by October 1, 2015 and keep their license current will be exempt from the aforementioned and will be able to keep their pet intact.
ACS has continued to experience a structural budget deficit, meaning each year revenue from animal owners only accounts for roughly 40% of ACS costs. This small increase in the cost of an annual animal license will move the department in a more financially secure direction. While on the whole I oppose fee increases, in this case I believe that those who utilize the services most should support the programs of which they make use, allowing the City to direct general tax dollars toward our seriously dilapidated streets without asking for a bond or sales tax increase, which I strongly oppose.