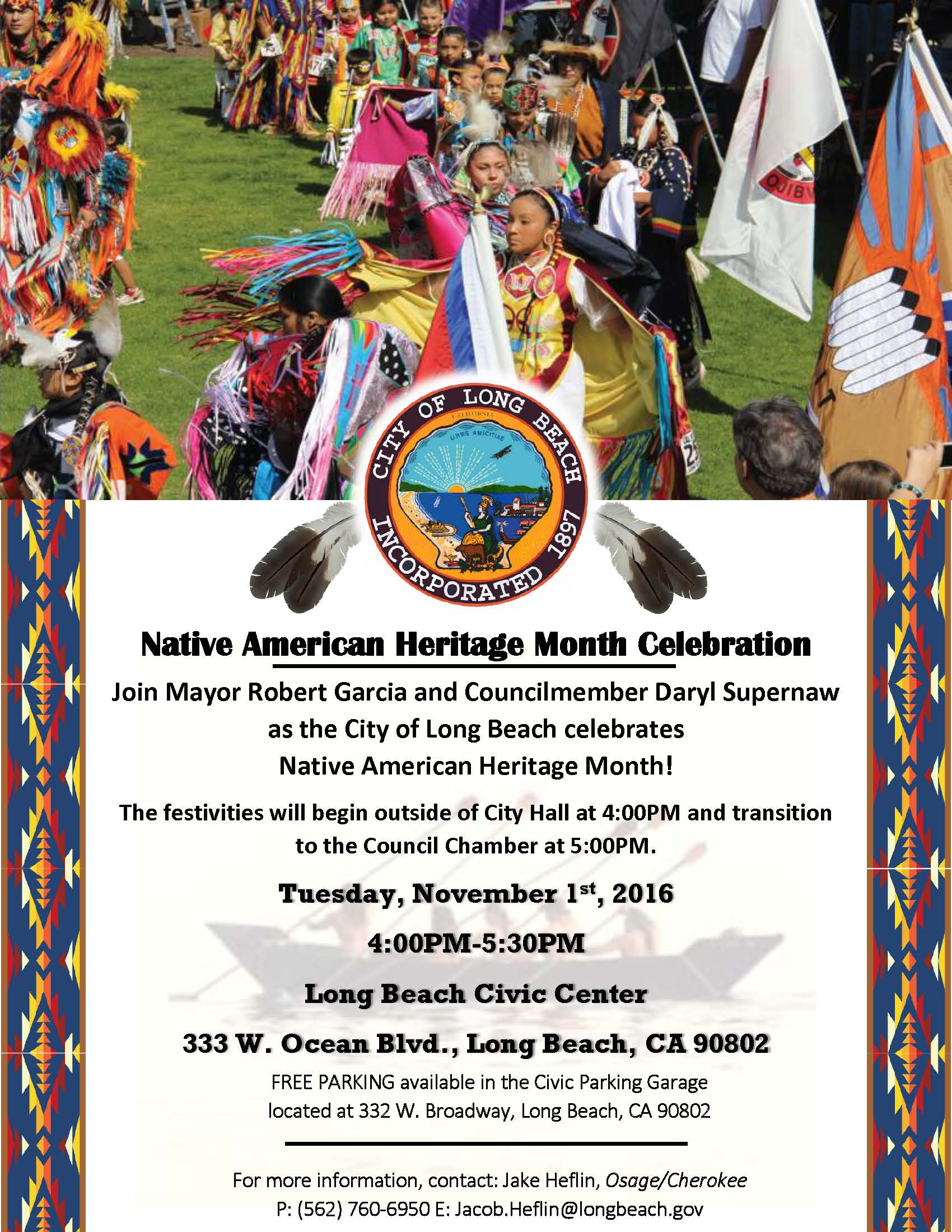 Councilman Daryl Supernaw invites the public to kick off Native American Heritage Month during a special celebration on Tuesday, November 1, at 4:00 p.m. at the Long Beach Civic Center Plaza.

“I am both proud and humbled to be able to sponsor the inaugural celebration for Native American Heritage Month in the City of Long Beach,” said Councilman Daryl Supernaw. “This is a time to celebrate the rich and diverse cultures, traditions, and histories and to acknowledge the important contributions of Native people.”

The free celebration will include Native American music, dancing, history, culture and more. The festivities will then transition to the Council Chambers to open the City Council meeting at 5:00 p.m.

Long Beach is home to the sacred site, Puvungna, of the Tongva Tribe whose people inhabited the Los Angeles Basin and southern Channel Islands. Puvungna is the site of a Tribal village which once occupied the land where California State University, Long Beach now stands. Puvungna remains sacred to the Gabrielino and other Native people as a spiritual center.

November is Native American Heritage Month, an opportune time to educate the general public about Tribes, to raise a general awareness about the unique challenges Native people have faced both historically and in the present, and the ways in which Tribal citizens have worked to conquer these challenges and enriched our Nation.

For more information about the Native American Heritage Month celebration, contact Jake Heflin at 562-760-6950 or Jacob.Heflin@longbeach.gov, or the Fourth District Office at 562-570-4444 or district4@longbeach.gov.