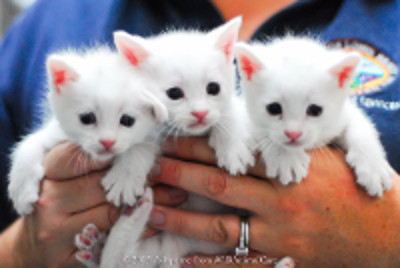 Record Year in 2015 with Saving Animals

The Department of Parks, Recreation and Marine Animal Care Services Bureau (ACS) achieved a record year in 2015 with saving animals.

"I am proud of the Long Beach community for stepping up to support our local shelter," said Mayor Robert Garcia, "Through community engagement and partnerships with nonprofit groups, we've been able to reduce animal overpopulation and give more pets a loving, permanent home. There's more work to do, but I'm proud of the progress."

The following statistics are the best numbers ever reported, and show increasing progress being made at the animal shelter in 2015, compared to 2014:

The Live Release Rate is the percentage of animals that come to the shelter and leave with a positive outcome such as return to owner, adoption or transfer to a rescue group.

Working with volunteers and community partners, the efforts to battle pet overpopulation have been increasing over the past few years, with more than 3,200 animals altered through the spay/neuter voucher program in 2015, and more than 12,400 altered since the program was started in 2009.

Through partnerships, ACS was able to:

• Transport more than 300 pets to shelters throughout the United States and Canada, where they were able to be quickly placed into loving homes.
• Participate in the “Clear the Shelters” adoption event, which resulted in 92 adoptions in one day through spcaLA and ACS.
• Receive very generous monetary donations to assist with providing medical equipment and lifesaving procedures and thousands of dollars worth of pet food.
• Continue with the second year of our community cat program, saving the lives of hundreds of community cats.

“We continue to look for new partnerships, programs and innovative ways to help save lives, such as our smartphone App to help increase adoptions and the recently launched Twitter feed #LBLostFoundPets to help reunite lost pets with their owners,” said Ted Stevens, Manager of Animal Care Services.

With the help of our entire community and hardworking staff, ACS looks forward to reaching more milestones in the future.

Visit Animal Care Services at the P.D. Pitchford Companion Animal Village to adopt, volunteer, donate, license your pet or obtain resources regarding low cost vaccination and spay/neuter clinics throughout the City. LBACS is located at 7700 East Spring Street in Long Beach. The Village is open Wednesday through Friday, 10:00 am - 5:30 pm; Saturday and Sunday, 10:00 am – 4:00 pm; and is closed on Mondays, Tuesdays and holidays.