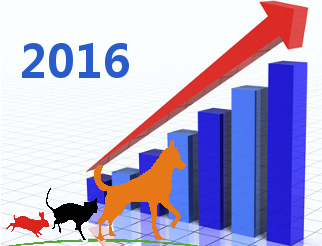 
The Department of Parks, Recreation and Marine Animal Care Services Bureau (ACS) achieved another record year in 2016 with saving animals. The following year-end statistics show increasing progress being made at the animal shelter and are the best numbers ever reported:

View the Dog and Cat Impound Euthanization Numbers for 2005 to 2016.

The Live Release Rate is the percentage of animals that come to the shelter and leave with a positive outcome such as return to owner, adoption or transfer to a rescue organization.