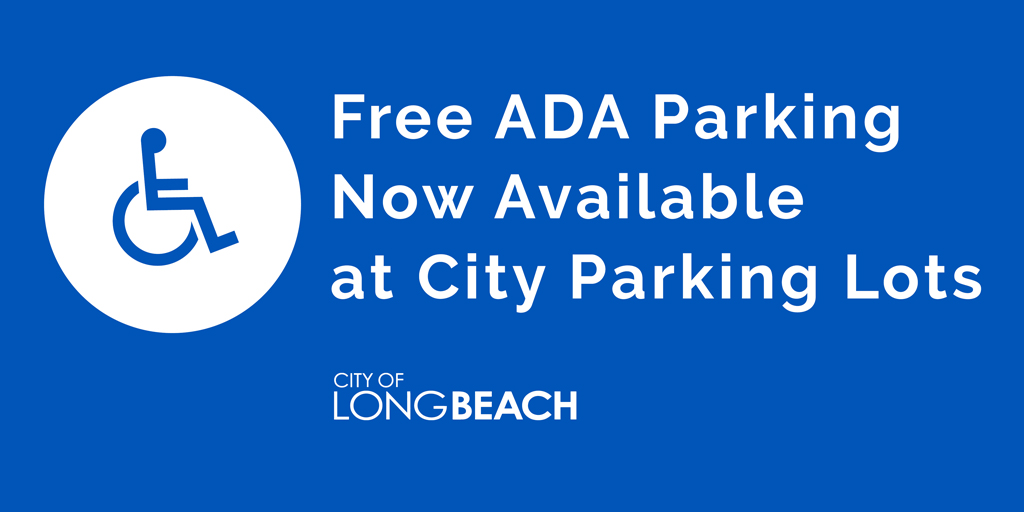 
On July 7, 2020, the City Council approved an Ordinance to allow no-cost parking for drivers with valid disabled plates or placards, in City-owned parking lots. This added service will go into effect on August 20th for all City-owned beach lots, non-gated off-street parking lots, and lots in Belmont Shore. This Ordinance will not alter the number of available parking spots, including ADA spaces, and parking procedures will remain as a first-come, first-served basis. Parking enforcement and the lots’ designated time restrictions will remain in effect.