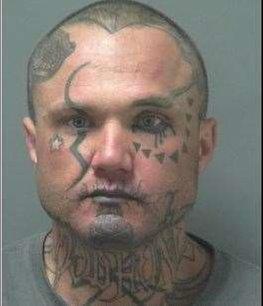 The Long Beach Police Department has made an arrest of a male adult suspect wanted in connection with a sexual assault and kidnapping that occurred involving a female victim.

Sex Crimes detectives were actively investigating the incident and following up leads. During their investigation, they were able to identify the person they believed to be responsible for the assault and kidnapping. He was identified as 39-year-old Jacob William Brown of Long Beach.

On Wednesday, March 24, 2020, at approximately 12:30 p.m., Brown was located outside of the City of Long Beach and taken into custody by Long Beach PD detectives. He was then booked at the Long Beach City Jail for the outstanding warrant and a bail was set at $1,000,000.

On Thursday, March 26, 2020, detectives presented the case to the Los Angeles County District Attorney’s Office and charges were filed. Brown’s bail was set at $3,350,000.

Detectives are asking any additional victims and witnesses to please contact the Sex Crimes Detail (562) 570-7368, or the Non-emergency Police Dispatch at (562) 435-6711.  Anonymous tips may be submitted through “LA Crime Stoppers” by calling 1-800-222-TIPS (8477), downloading the “P3 Tips” app to your smart phone (available at the Apple App store and Google Play), or visiting www.lacrimestoppers.org.

Surveillance video and photo of supsect.

The Long Beach Police Department is seeking the public’s help in identifying an adult male suspect believed to be responsible for a sexual assault.

On Sunday, March 15, 2020, at approximately 6:45 p.m., officers responded to the 400 block of Pine Avenue regarding a report of a kidnapping and sexual assault. Upon arrival, officers contacted an adult female victim reporting she had been sexually assaulted in her own vehicle.

Through the officer’s initial investigation, they learned the victim parked in a parking structure and was approached by the adult male suspect who forced her back into her vehicle. The suspect then drove the victim’s vehicle to several unknown locations where the acts of sexual assault occurred. The suspect then fled the scene on foot prior to officers’ arrival.

Sex Crimes detectives obtained video from surveillance cameras in the area and are releasing the footage, hoping that someone will recognize the suspect and come forward. The investigation is ongoing.

The suspect is described as follows:

Anyone with information regarding this incident is urged to contact Long Beach Police Department Sex Crimes Detectives at (562) 570-7368 or Police Dispatch at (562) 435-6711. Anonymous tips may be submitted through “LA Crime Stoppers” by calling 1-800-222-TIPS (8477), downloading the “P3 Tips” app to your smart phone (available at the Apple App store and Google Play), or visiting www.lacrimestoppers.org


*This news release was updated on 3/19/20 to reflect to correct time officers arrived to the location.
This information is preliminary and is intended for early information use rather than being a formal investigative report.