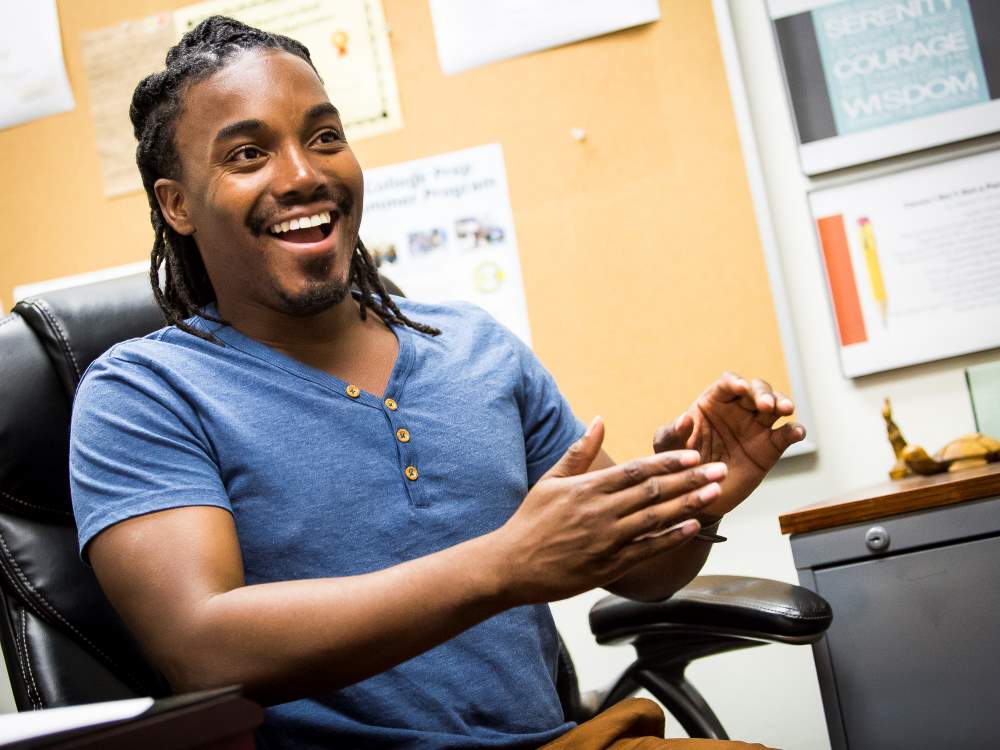 Walking into Keyon Anderson’s office, you’ll find the walls decorated with words of positive reinforcement, encouraging you to,

“Be the change you wish to see in the world,”

“Wherever you go, go with all your heart,”

and so much more. 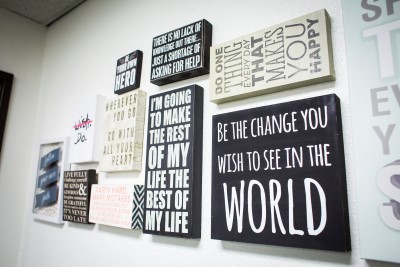 While some would consider even half of these responsibilities overwhelming, you couldn’t tell just by talking to Anderson—because, to him, it doesn’t feel like work. He has one mission in mind: to keep going and inspire others to do the same.

Being successful in academics wasn’t initially easy for Anderson, who went into high school reading at a second-grade level. During his freshman year, he was diagnosed with dyslexia. Former teachers had credited his difficulty in learning to bad behavior.

With the help of one of his teachers at Cabrillo High School, Anderson was reading at the appropriate grade level by the end of his freshman year.

After high school, Anderson qualified through the Long Beach College Promise to attend California State University, Long Beach (CSULB), where he received his bachelor’s and master’s degree in social work.

As a Long Beach College Promise ambassador, Anderson had the opportunity to go to Washington, D.C. to participate in Michelle Obama’s “Beating the Odds” Ladders of Opportunity summit. 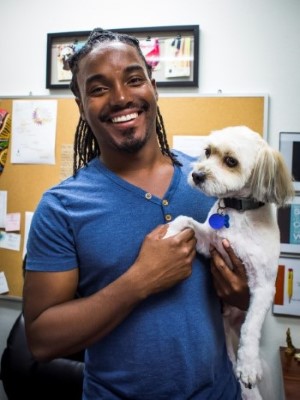 “I went and shared my story with the Long Beach College Promise and sort of navigating through education,” he said. “You can be admitted to one of the best universities in the nation, and I’d even argue in the world, just by [virtue of living in] our city, and this is a commitment that most cities aren’t making.”

Last January, Anderson published his first book called “Moments Either Define or Contribute to Who You Are,” a story about inner-city young men facing individual struggles as they pursue their goals in life. The book also includes pieces Anderson had written while he was in high school.

In May, Anderson was promoted to Director at Cal SOAP, where he utilizes his knowledge in social work to assist high school students in navigating through the college application process. He performs a similar job with Kappa League, where he helps in preparing approximately 100 men of color with educational and occupational guidance.

Another goal in progress is his business called Always Progressing, Inc., soon to be equipped with an education consulting program, clothing line and property management.

“Some people believe that you reach a certain point, and you stop evolving, and I sort of think that it’s a mission to keep going,” Anderson said. “The mission of Always Progressing is literally the title. [...]It’s the continued promise of always trying to be better.”

The combined experience he’s garnered from all of these roles will eventually come full circle for Anderson, when he decides to pursue something beyond educational leadership; he’s even talking about running for mayor of Long Beach further down the line.

“When I’m talking to kids who are like, ‘Wait, you have all these leadership roles, but only 14 years ago, you weren’t able to read.’ I’m like, ‘Exactly, that’s why you can also do it,’” Anderson said. “I’m sort of serving as a symbol of inspiration for those to come because I feel that the only way I’m successful is if I can help others be successful in navigating through those things.”